Working in a Series was the challenge for the week in this fun class taught by Katie Pasquini Masopust. Everyone was told to bring an existing piece to be the start of their series. Then from that, the goal was to create several other pieces to add to the series. On the first night quite a few people expresses doubts about being able to create a new piece every day, but you’ll see by the photos, that they did!

It was great fun to watch as each person’s series grew to cover their design walls. There was an exciting variety of work in this class.

Below are photos taken over several days when I had the chance to ramble through the studio. Katie also posted daily photos of the series as they developed on her FaceBook page. 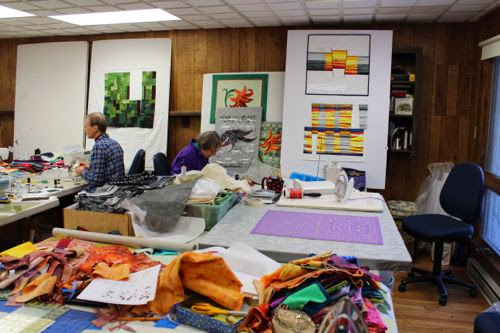 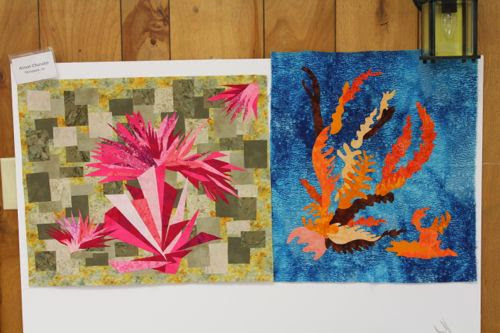 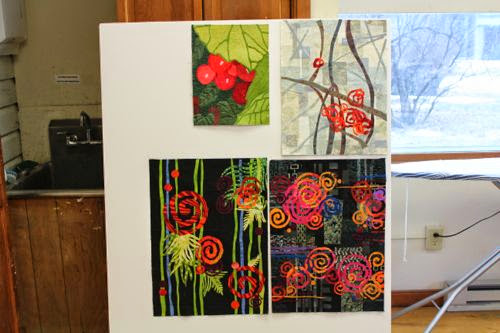 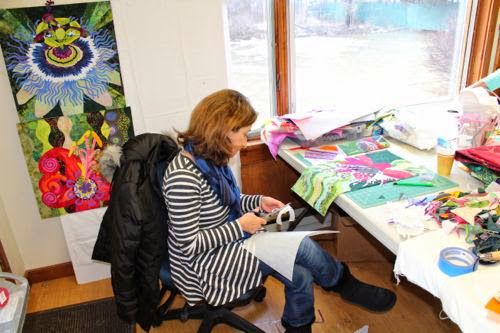 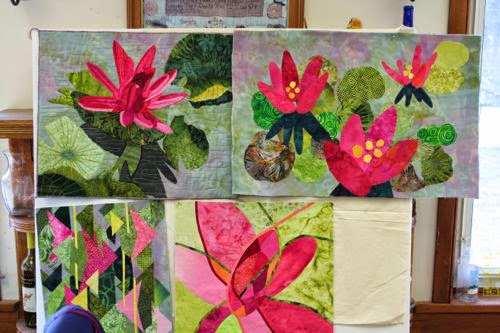 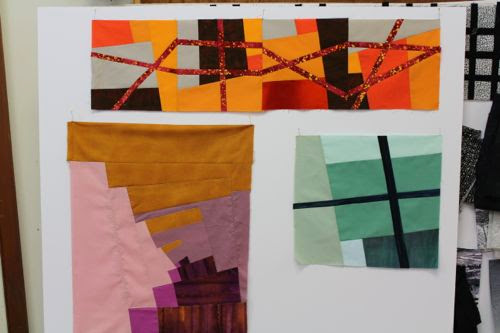 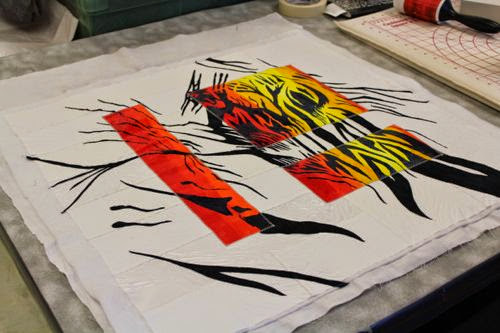 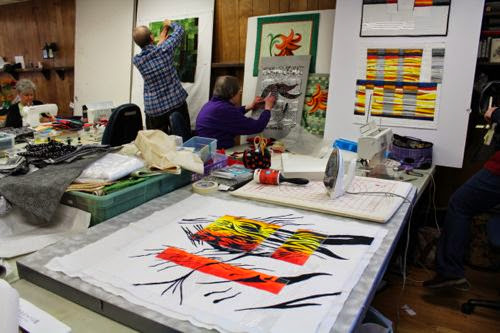 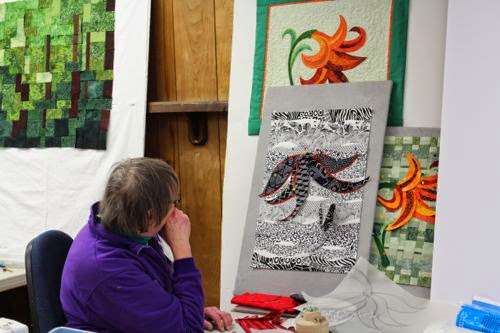 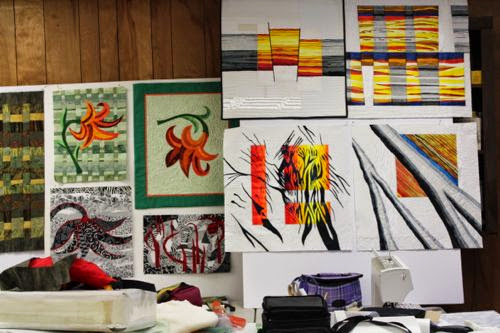 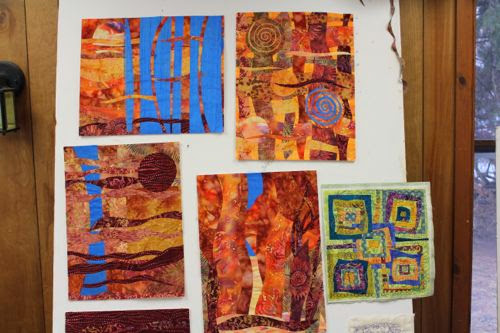 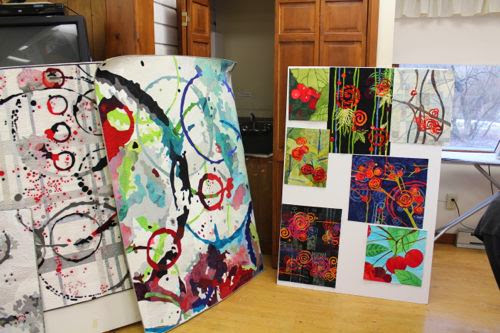 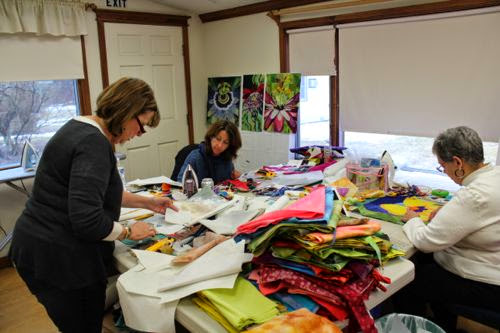 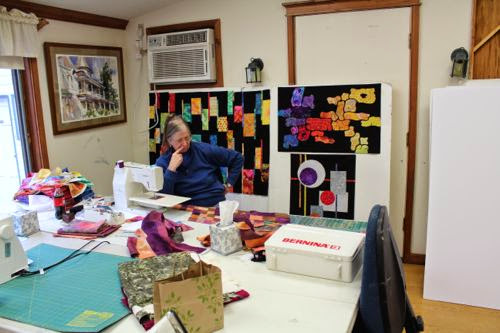 When she was not doing presentations, leading discussions on design, or working one-on-one with each of the students, Katie worked on her own series based on an abstract still life of flowers in a vase. These were composed of hand-painted canvases that were cut into pieces and then reassembled into the still life. Katie teaches this technique in her Stitched Paintings class.

The students in this class were so taken with the stitched paintings, that they begged Katie and us to schedule this class in 2015, even though Katie is already scheduled to teach another class. Since we happened to have just one spot left in the 2015 schedule, Katie agreed to do it! Some of the students have already signed up. The Stitched Paintings class will be December 6 – 12, 2015 and the Artful Log Cabin class, that was already scheduled, will be June 7 – 13, 2015. Two opportunities to work with an inspiring artist and teacher! 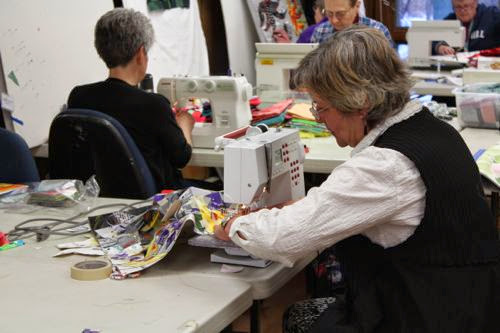 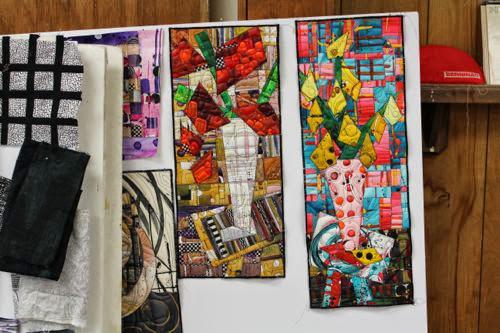