We welcomed Larkin Van Horn back again to the Hudson River Valley Art Workshops, this time to teach her workshop on Beaded Medallion quilts. 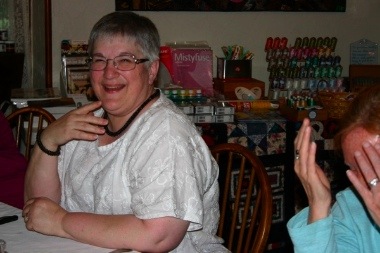 This was a 3-day workshop, so everyone got right into it right away! Within a short time after arriving everyone had their workspace set up for maximum beading efficiency. 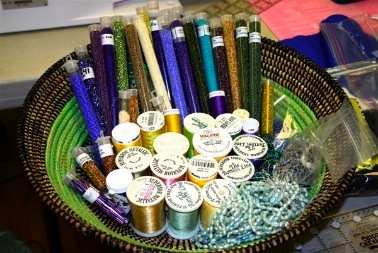 It was interesting to wander around the studio to see how each person organized her beads and supplies. 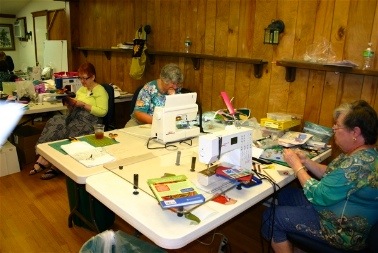 Larkin started everyone creating small fused compositions that they could embellish with beads. It wasn’t long until everyone had a colorful piece in the works. 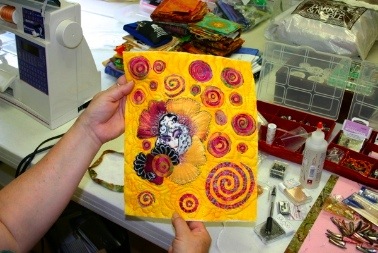 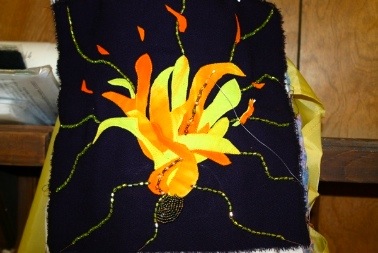 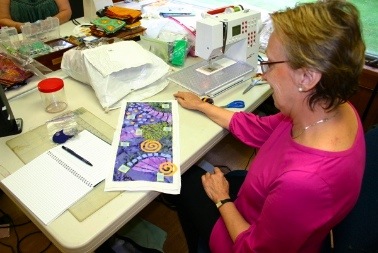 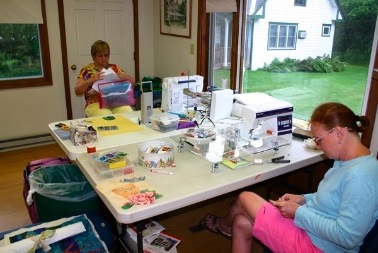 They also had a hilarious time around the dinner table. The laughter seemed continuous. 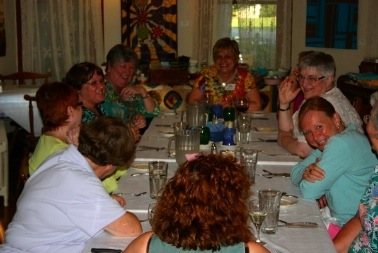 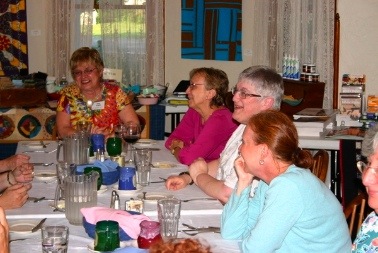 The biggest joke of the weekend was about our new white towels.

During orientation, Mark when on and on about what was not “allowed” to be done to our new fluffy white towels. (He was doing a little embellishing of his own with the towel “rules.”) No painting in your room, no wiping off makeup, no using at the pool, no cleaning shoes, etc. Mark even kidded that we were thinking of having the towels hung in locked plexiglas cases – just to keep the white.

Everyone joked about the towel policy for the next 3 days. (We don’t really have a towel policy.)

Then on the final evening the group presented Mark with a flagrantly misused white washcloth! Everyone had beaded, quilted, and kissed with lipstick a washcloth (one of our old ones, not the new ones). 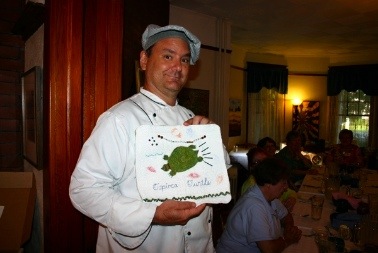 Now Mark had a visual aid for his orientation on towel use!

The turtle on the washcloth in reference to the snapping turtle in the pool story Mark told people so that they wouldn’t try swimming at night in the dark.

It’s always a fun time with Larkin and we look forward to her return in the future. 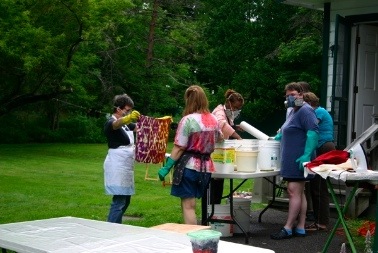 The weather was so beautiful that the class spent a good part of the time outside. A clothes line was strung up in back of the studio for drying the created fabrics. It made for a very colorful display. 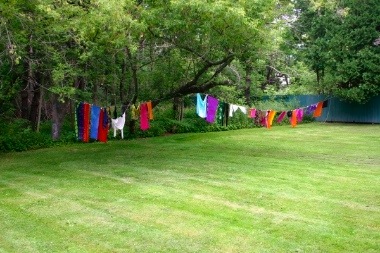 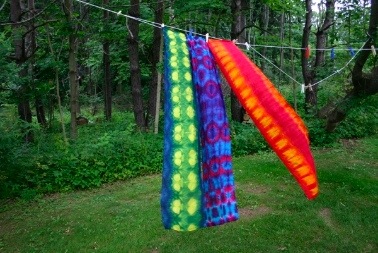 It’s a good thing that Carol Soderlund is close enough to drive to our location, because she was able to bring a lot of dyes and other supplies for the class. 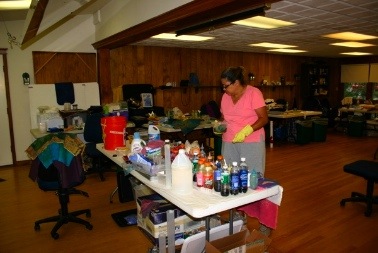 The class turned out some really fantastic fabrics. This is an example of a discharged commercial fabric. 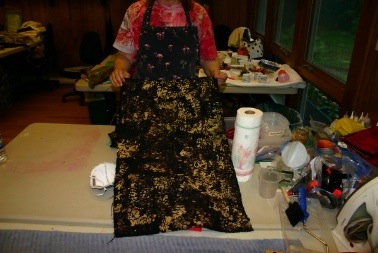 Here is a closer shot where you can see some of the original fabric design showing through. 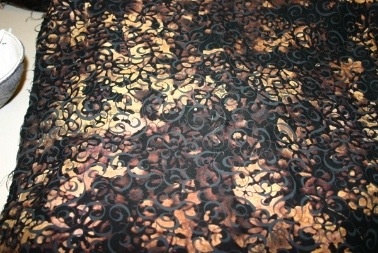 This is an example of a potato dextrin resist used prior to dyeing. 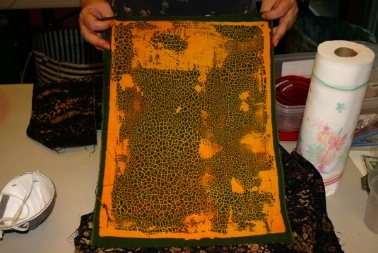 This was also potato dextrin used with a paper pattern pressed into the resist and then dyed. 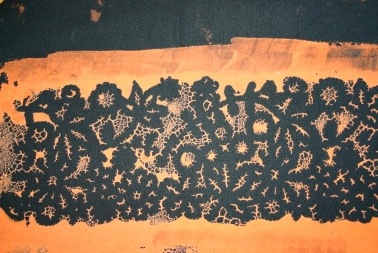 Carol also presented a slide show of fiber artists who use discharged fabrics in their work. It certainly was inspiring.

It was a wonderful workshop and everyone had such a good time and learned a lot. We look forward to the next time that Carol Soderlund teaches here.