The weather outside is frightful, but inside the studio it’s so delightful!

Everyone is making great progress on their designs in Jane Sassaman’s workshop. Each is very quite unique and fabulous. Here are some photos of the works in progress.

This piece by Stephanie is going to be a wonderful sea dragon. An amazing looking creature. 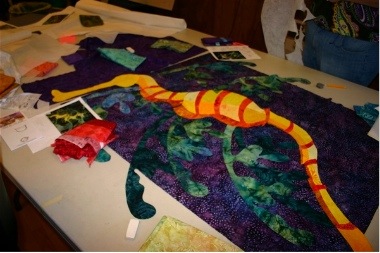 Here is Dalia’s work in progress. Dalia came all the way from Israel to take a class from Jane (as well visit relatives in the States). 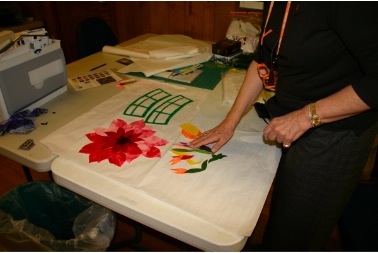 This wonderful frog is Alexandra’s design. That’s Jane, who is pinning up a strip of paper to help visualize the best thickness for the border. 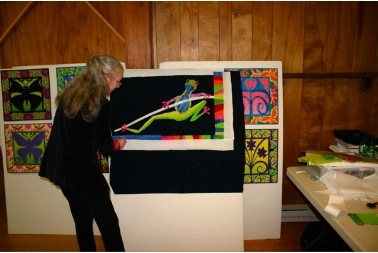 Lila is enjoying a sunny spot by the window in the studio while working on her floral design. 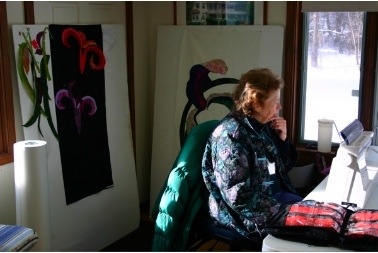 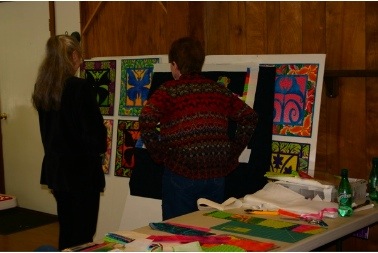 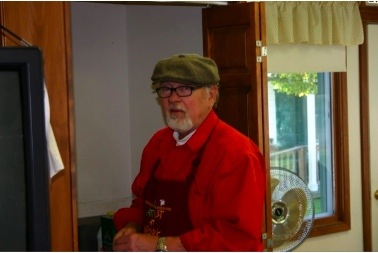 Skip Lawrence has been teaching an annual workshop at the Hudson River Valley Art Workshops for over a decade. His workshop is always one of the highlights of the year. The year wouldn’t seem complete without it! 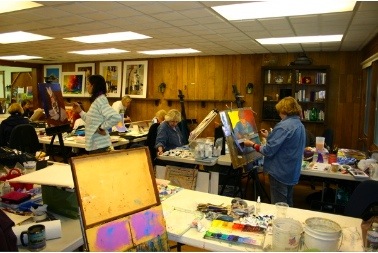 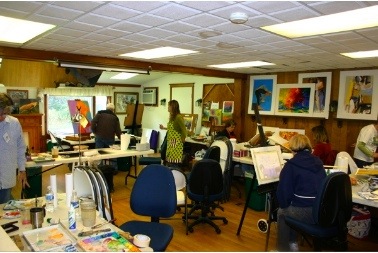 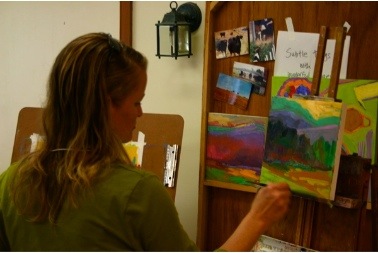 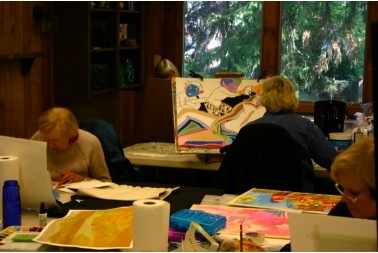 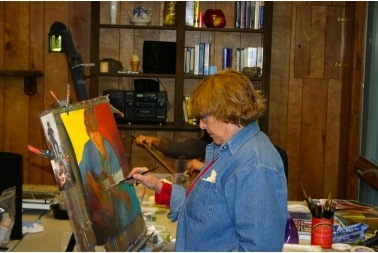 This class is an experience you don’t want to miss. Skip’s 2010 workshop is filling up fast, so don’t wait too long if you want to get in on this fun and inspiring workshop.

We enjoyed visits from David and Diana Taylor of Australia and Margaret Evans of Scotland during their workshops this past August.

Here is David and Diana at the dinner table. David is showing off his Crazy Tie that he purchased from me (www.CrazyByDesign.com) the last time he was here. He wanted to get another one that was similar, but unfortunately I didn’t have any left with a musical theme. David plays the guitar. I promised that I would have more ties when he comes back in 2011! 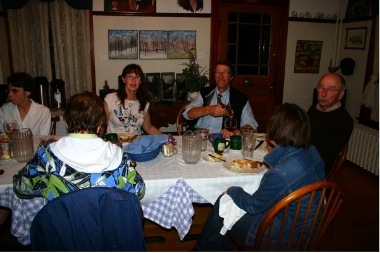 Everyone had a great time in the workshop, as usual, and the group painted at some of the near by farms and small towns.

Margaret Evans taught her work a week later and we “welcomed” her with some typical Scottish weather – overcast and sprinkling! But it was never raining hard enough to prevent this group of painters from going outside to paint. 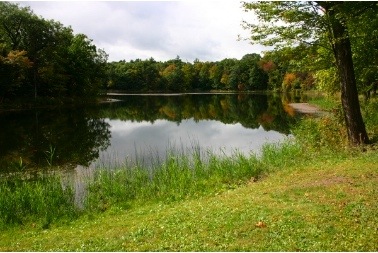 They spend one day at Olana, the former home of Frederick Church, in Hudson. 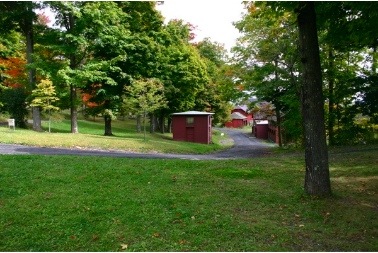 The sun came out at lunchtime and everyone enjoyed catching some rays. 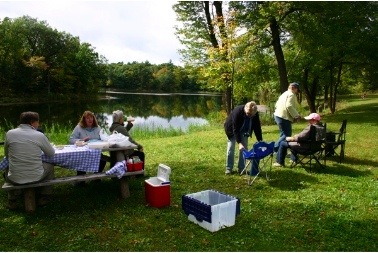 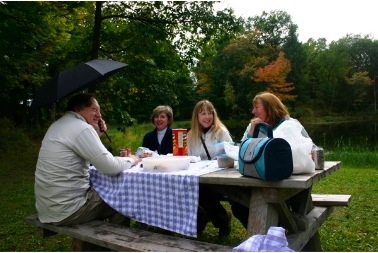 Margaret Evans will also be back in 2011. 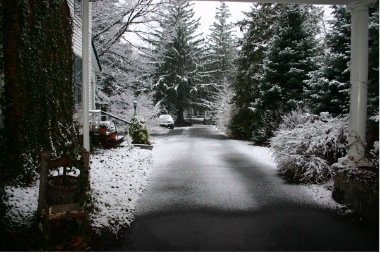 We had our first real snow just the other day. The weather websites steadfastly refused to change their prediction for most day of no more than half an inch of snow – all the while the snow kept falling. We ended up with about 3 inches.

When I saw that the snow was not going to let up, I ran out to get some pictures. I just love it went the snow sticks to all of the tree branches.

The picture above is looking down our driveway towards the parking lot and carriage house (across the creek). 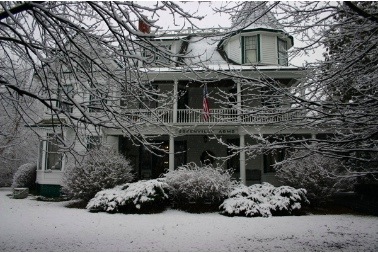 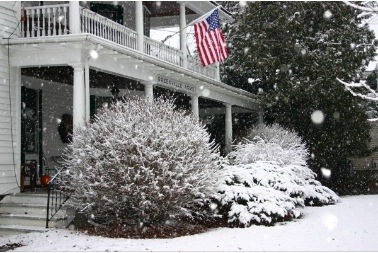 I posted a lot more of these pictures on our inn blog, in case you love the snow as much as I do!

Currently at inn is our last workshop of the year – Jane Sassaman, who is teaching her Abstracting Nature workshop. They are enjoying the snow, too – especially since it is expected to clear up by the weekend!

I’m going to try to catch up on the posts for our other workshops this year and then it is on to the exciting new year!